By Tom Scotson For Mailonline

A picture of a 1963 civil rights bus boycott will replace a stained glass tribute to slave trader Edward Colston in a Bristol church.

The window was temporarily replaced with plain panels and the church invited the public to submit new designs in a competition.

The old panels made up the bottom section of the North Transept window – known as The Good Samaritan – which illustrated the Christian story where Colston had taken his motto.

The new panel celebrates the Bristol Bus Boycott, which artist Ealish Swift explains ‘paved the way for the Race Relations Act of 1965, with Jesus as a fellow protester and radical.’ 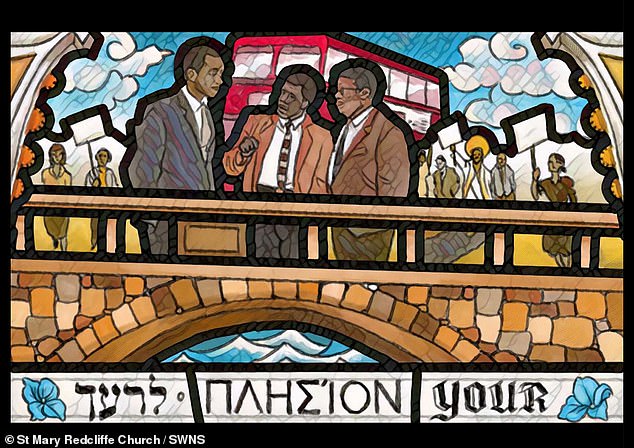 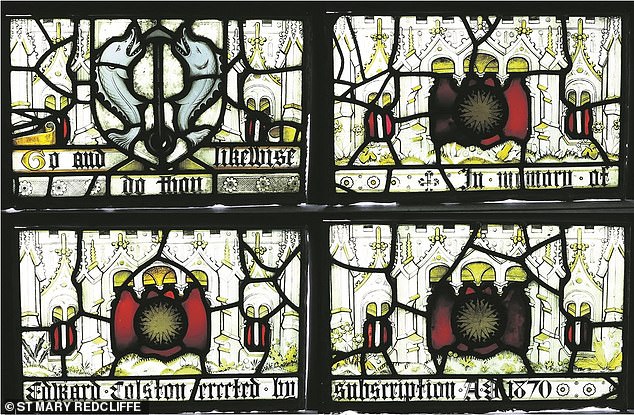 The original four Victorian windows at St Mary Redcliffe, Bristol, which were replaced with plain glass in the wake of the Black Lives Matter protest in 2020

The Bristol Bus Boycott of 1963 arose from the Bristol Omnibus Company’s refusal to employ back or Asian bus crews in the city.

The campaign was led by youth worker Paul Stephenson and the West Indian Development Council which lasted for four months until the service backed down and overturned the ban.

The grade I-listed church was built over three decades during the Medieval Age and was described by Queen Elizabeth I in 1574 as ‘the fairest, goodliest and most famous parish church in England.’ 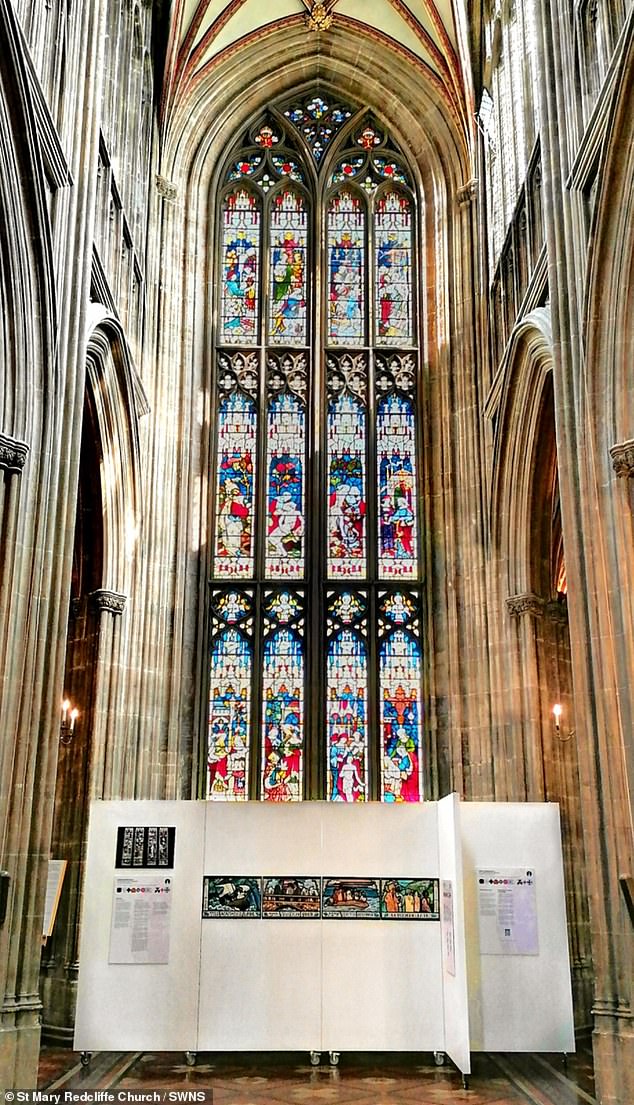 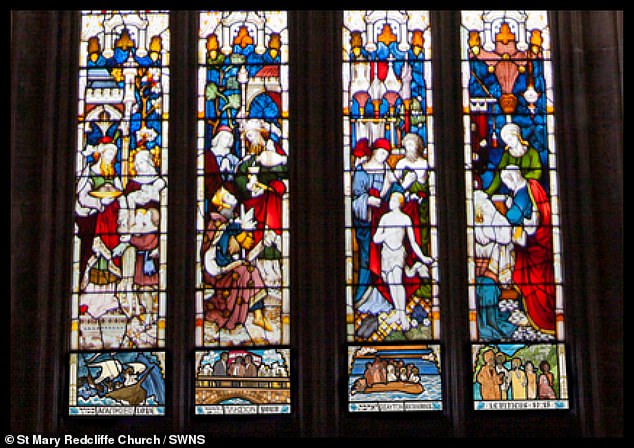 Bristol based artist and junior doctor Ealish Swift won the competition but was unable to unveil the design as she was performing surgery.

A spokesperson from the church said they launched the competition as ‘part of an ongoing process of reflection and action to ensure that today’s church building echoes St Mary Redcliffe’s stated values and is welcoming to all.

The entry theme, ‘And who is my neighbour?’, explored the meaning of what it means to be a good Samaritan.

Bristol based artist and junior doctor Ealish Swift won the competition but was unable to unveil the design as she was performing surgery. 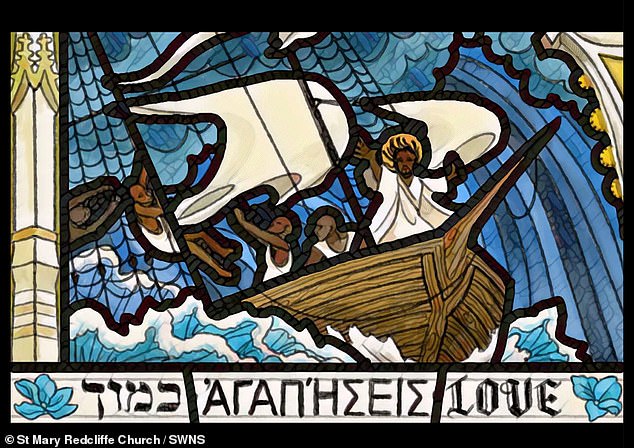 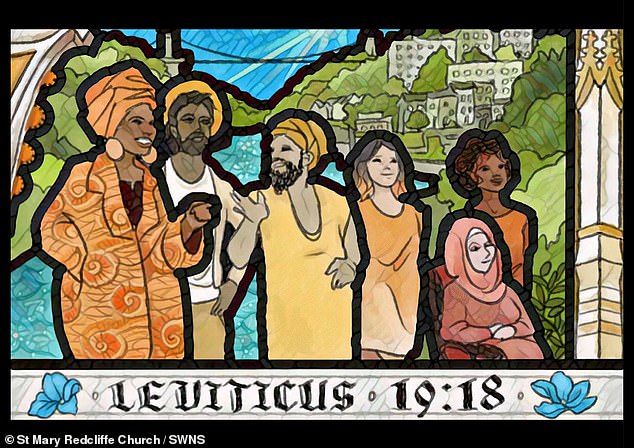 Another design which was submitted. The grade I-listed church was built over three decades during the Medieval Age and was described by Queen Elizabeth I in 1574 as ‘the fairest, goodliest and most famous parish church in England’

Ms Swift said: ‘I am deeply honoured that my design has been chosen for this wonderful space that means so much to me.

‘I can’t wait to work with the amazing Steve Clare to bring my ideas to life.

‘I’m thrilled that my design seemed to resonate so much with the local community and I hope everyone will come to visit to see the final piece and experience everything this wonderful church, and community, has to offer!’ 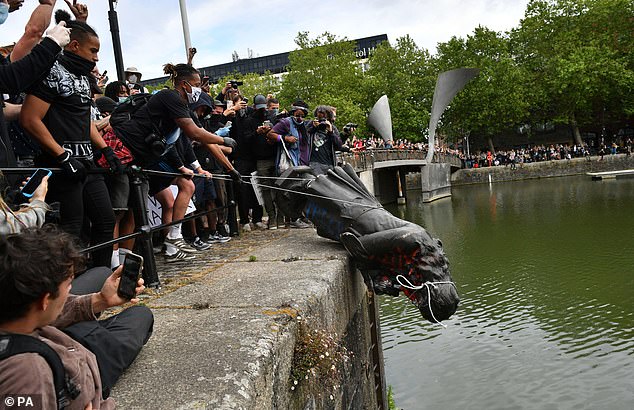 The winning design is on display in a small temporary exhibition at St Mary Redcliffe until 9th October 2022 and next year will be recreated in stained glass.

Parish Priest, Dan Tyndall, said, ‘The winning design is powerful and imaginative, managing to resonate with contemporary issues and yet will also stand the test of time.

‘Ealish’s concept was very popular with visitors to the church and will sit well within the current Victorian window’.

The temporary exhibition in church will be on display from 22nd September until 9th October.

The 1963 Bristol Bus Boycott began when the Bristol Omnibus Company refused to employ ethnic minority bus crews in the city.

Around 3,000 West Indians lived in Britain during the 1960s after millions of workers from the Commonwealth moved to the UK after World War II.

Many of them set up clubs, associations and churches. However the group faced discrimination when the government prevented ethnic minorities from working as bus crews.

Their cause garnered local and national support, with far-Left local MP Tony Benn firmly behind the cause. He got in touch with the then leader Harold Wilson and persuaded him to throw the party’s weight behind it.

Years after the campaign which made s set up the Labour Government passed the Race Relations act in 1965, which made ‘racial discrimination unlawful in public places.’