In his ‘mini budget’, Chancellor Kwasi Kwarteng announced that the planned duty rises on beer, wine and spirits would be cancelled as part of a budget packed with £45billion worth of tax cuts.

Alcohol duty usually rises in line with the Retail Price Index, which sits at 12 per cent – the highest since the 1980s. But Kwasi Kwarteng said this rise would not take place for the coming year after he ‘listened to industry concerns’.

Responding to the announcement, Mr Martin told MailOnline: ‘An alcohol duty freeze is welcome but the real problem for pubs is that pay far higher business rates per pint than supermarkets and, in addition, pubs pay 20% VAT on food sales and supermarkets pay nothing.

‘So long as this inequality persists, pubs will decline and supermarkets will thrive.’ 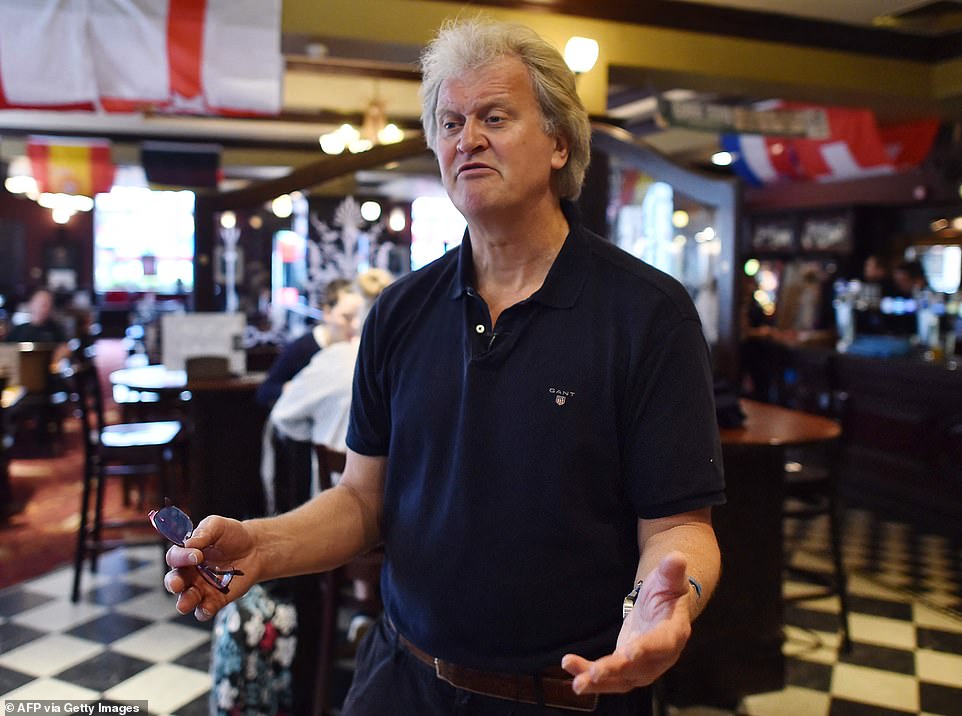 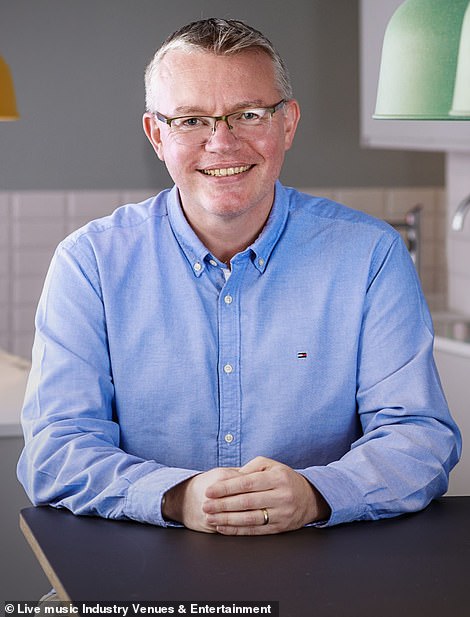 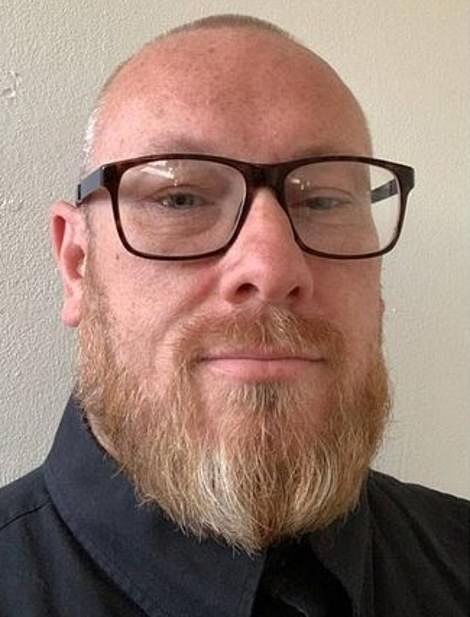 Mr Kwarteng will also extend draught relief to cover smaller kegs of 20 litres and above to help small breweries – a move hailed by the Campaign for Real Ale.

But Sacha Lord, night time economy adviser for Greater Manchester, was critical of the package.

‘No VAT or Biz Rate support for Hospitality. Corporation tax cuts are completely useless if businesses aren’t turning a profit, or worse, closed,’ he said.

‘I’m absolutely clear. This Gov’t is just about big business, corporations and the fat cats.

‘They have just sent a strong message to the Hospitality industry: They don’t care. They have just thrown small family run businesses to the wolves.’

The chief executive of Live, which represents the UK’s live music sector, said businesses that are struggling already could “face bankruptcy and closure”.

Jon Collins said: “While we are pleased to see the Government taking steps to alleviate the cost-of-living crisis, today’s announcement delivers little for the UK’s world-leading live music industry.

“Jobs are already on a knife edge, and we agree with the Chancellor that there are too many barriers in sectors like ours where the UK leads the world.’

And Michael Kill, chief executive of the Night Time Industries Association (NTIA), said he was ‘extremely disappointed’ with the announcement.

He added: ‘It will be seen as a missed opportunity to support businesses that have been hardest hit during this crisis, causing considerable anxiety, anger and frustration across the sector as once again they feel that many will have been left out in the cold.

‘We have been extremely clear with the Government that the Energy Bill Relief Scheme, even with the announcement of the limited tax cuts on national insurance, corporation tax and duty, is unlikely to be enough to ensure businesses have the financial headroom to survive the winter, especially with yesterday’s announcement of the rise in interest rates from the Bank of England.’

He added: ‘I would urge the Chancellor and Government to reconsider these measures, given the limited impacts of the current tax cuts on the immediate crisis for many businesses across the sector, the extremely vulnerable position the night-time economy and hospitality sectors remain in, and re-evaluate the inclusion of general business rates relief and the reduction of VAT within these measures.’ 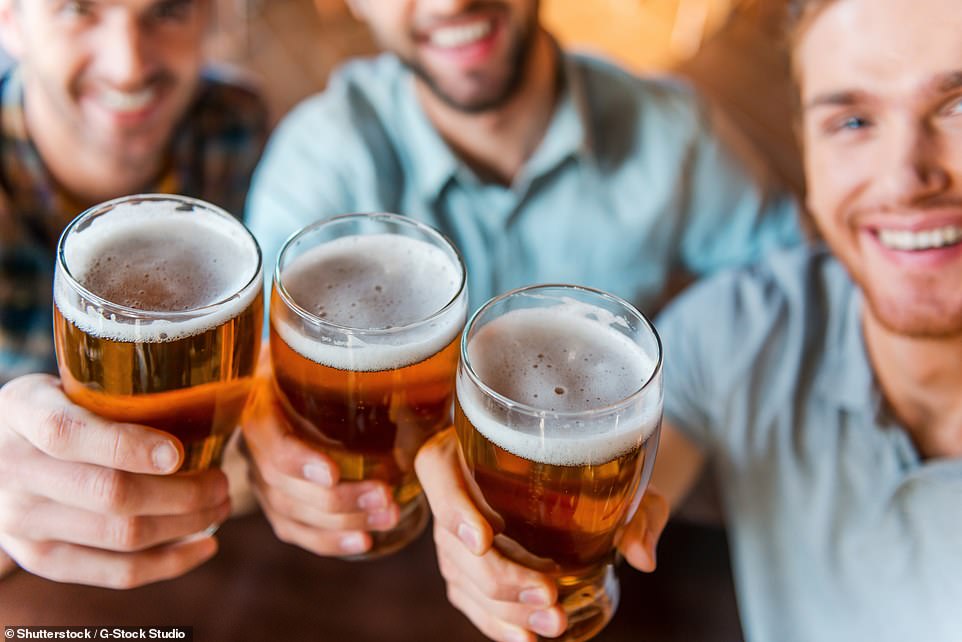 At a glance: What did the Chancellor announce?

Abolished the 45p tax rate, paid by those earning more than £150,000, from April next year

Hike in National Insurance contributions to be cancelled from 6th November

Cost per year: Not specified

Total cost per year with other measures: £45billion

Elsewhere Mr Kwarteng’s announcements received a warmer reception, with the Society of Independent Brewers today saying they provided ‘additional support to a struggling sector’, while the Campaign for Real Ale (CAMRA) called it ‘fantastic news’.

CAMRA Chairman Nik Antona said: ‘The Chancellor’s announcement that the new rate of duty for draught beer and cider will go ahead from August 2023 is fantastic news for the great British local as the tax system will recognise that beer, cider and perry served in a pub or social club should be taxed at a lower rate to alcohol bought in the likes of supermarkets.

‘Crucially, this new lower rate of tax for draught beer and cider will now apply to containers of 20 litres and over and bag in box products – and not the larger 40 litre containers originally planned for – meaning smaller breweries, cider producers and pubs can all benefit.’

‘This groundbreaking policy should help pull consumption into pubs, clubs and taprooms helping to encourage pub-going and keeping our beloved locals viable, alive and thriving.’

Meanwhile, a spokesman for the UK Spirits Alliance said: ‘Today’s decision is a vote of confidence in the UK’s iconic spirits sector, and a welcome relief for British distillers and consumers alike.

‘Our sector, like many others, has been impacted by inflation and rising costs across the supply chain. The announcement by the Chancellor today, and the Government’s announcement of a package of support measures for businesses and consumers, is a major boost to the industry’.

The duty freeze was accompanied by the cancellation of next year’s planned increase to Corporation Tax so the levy will remain at 19 per cent.

Meanwhile, pubs will also benefit from the energy relief scheme, which will see their gas and electricity bills cut.

Mr Kwarteng told the Commons: ‘Our drive to modernise also extends to alcohol duties. I have listened to industry concerns about the ongoing reforms. I will therefore introduce an 18-month transitional measure for wine duty.

‘I will also extend draught relief to cover smaller kegs of 20 litres and above, to help smaller breweries. And, at this difficult time, we are not going to let alcohol duty rates rise in line with RPI.

‘So I can announce that the planned increases in the duty rates for beer, for cider, for wine, and for spirits will all be cancelled.’