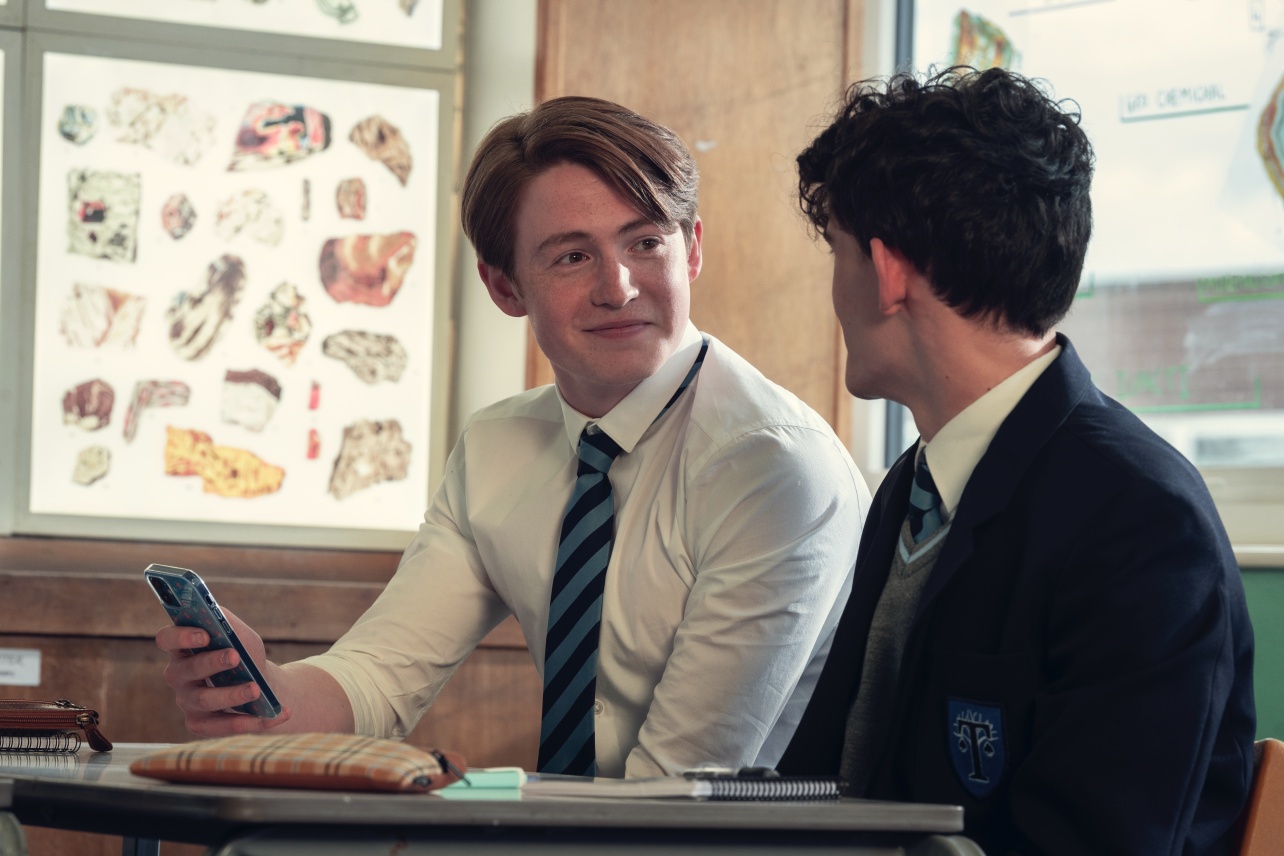 Truham Grammar School is back in session! The Netflix coming-of-age series Heartstopper has officially begun production for season two and welcomed its cast back with a fun, behind-the-scenes video.

Heartstopper is based on a series of graphic novels by Alice Oseman and follows the unexpected romance between high school outcast Charlie (Locke) and his rugby player peer, Nick (Connor). Season one consists of eight 30-minute episodes and premiered Apr. 22 to wide acclaim, dominating the Netflix Top Ten list in 54 countries and earning a 100% on Rotten Tomatoes, before receiving a two-season renewal in May.

Oseman, who writes and executive produces the show, wrote, “Not all of our cast could be there on this day, in case you’re wondering about some missing faces.”

Netflix stated that the “full cast” has returned, in addition to four new cast members: Leila Khan as Sahar Zahid, Jack Barton as David Nelson, Nima Taleghani as Mr. Farouk, and Bradley Riches as James McEwan – all of whom are original characters from the book series.

Heartstopper is set to make an appearance at the Netflix fan event TUDUM on Sept. 24, with Donovan (who plays Isaac Henderson) confirmed to attend.