Kwasi Kwarteng’s ‘mini-budget’ received a mixed response from economy experts today, with some accusing him of a reckless ‘gamble’ but others hailing his ‘bold and ambitious’ vision.

Money Saving Expert Martin Lewis described it as ‘staggering’, adding: ‘I really hope it works. I really worry what happens if it doesn’t.’

Millions of ordinary Britons will also keep hundred of pounds more after a 1p cut in the basic rate was brought forward to next April. Mr Kwarteng reversed the national insurance hike, as well as scrapping a huge planned increase in corporation tax from 19p to 25p and limits on City bonuses.

Stamp duty is being ditched for values up to £250,000, with first time buyers exempt up to £425,000 – taking 200,000 people out of the system altogether. Beer, wine and cider duty rises are being cancelled – and in an effort to bolster tourism overseas visitors will be able to shop VAT-free.

Mr Kwarteng stressed there was a long-term challenge in Britain that needed to be tackled. ‘Growth is not as high as it should be,’ he said. ‘We are determined to break that cycle. We need a new approach for a new era.’

But unfortunately for the Chancellor not everyone agreed. Here is how some of Britain’s most influential financial commentators have reacted.

PAUL JOHNSON, director of the Institute for Fiscal Studies: ‘Kwarteng is betting the house with his vast tax cuts’ 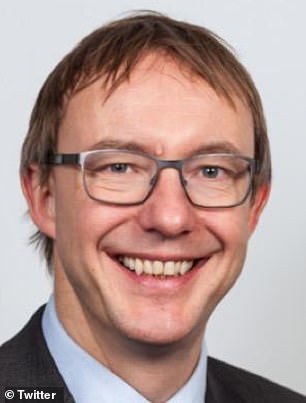 ‘The plan seems to be to borrow large sums at increasingly expensive rates, put government debt on an unsustainable rising path, and hope that we get better growth. This marks such a dramatic change in the direction of economic policy-making that some of the longer-serving cabinet ministers might be worried about getting whiplash.

‘Mr Kwarteng has shown himself willing to gamble with fiscal sustainability in order to push through these huge tax cuts. He is willing to shrug off the risks of inflation, and to invite significantly higher interest rates. Injecting demand into this high-inflation economy leaves the government pulling in the exact opposite direction to the Bank of England, who are likely to raise rates in response.

‘Early signs are that the markets – who will have to lend the money required to plug the gap in the government’s fiscal plans – aren’t impressed. This is worrying. Government borrowing is set on an upward path. It will reach its third-highest peak since the war, and remain at well over £100 billion, even once the energy support package is withdrawn.

‘And we heard nothing on public spending. It seems almost inconceivable that plans made last year, when inflation was expected to peak around 3%, will not need topping up at some point, unless the government is willing to allow a (further) deterioration in the range and quality of public services.

‘Presumably this Government would borrow for that also. Mr Kwarteng is not just gambling on a new strategy, he is betting the house.’

MARTIN LEWIS, found of Money Saving Expert: ‘This really was quite staggering’

‘That really was quite a staggering statement from a Conservative party government. Huge new borrowing at the same time as cutting taxes.

‘It’s all aimed at growing the economy. I really hope it works. I really worry what happens if it doesn’t. 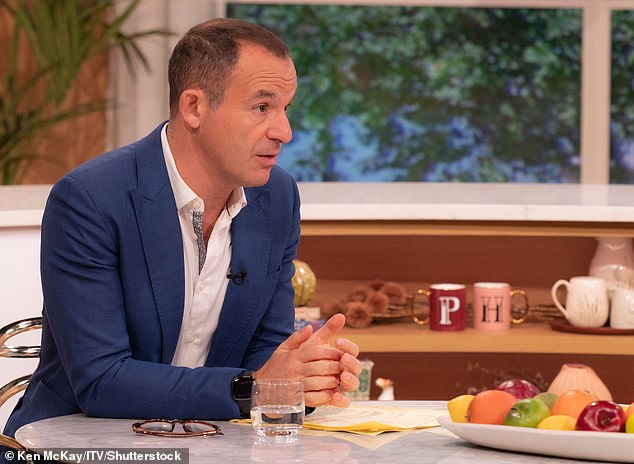 MARK LITTLEWOOD, director general of the IEA: ‘This isn’t a trickle-down Budget, it’s a boost up Budget’

‘This isn’t a trickle-down Budget, it’s a boost-up Budget. The Government has announced a radical set of policies to increase Britain’s prosperity – from cancelling the corporation tax rise, to cutting stamp duty and extending investment allowances.

‘It’s refreshing to hear a Chancellor talk passionately about the importance of economic growth and supply-side reforms, rather than rattling off a string of state spending pledges and higher taxes.

‘Only by bearing down on the amount of tax the state collects across the income spectrum, and reducing the regulatory burden, can we create better conditions for growth.’ 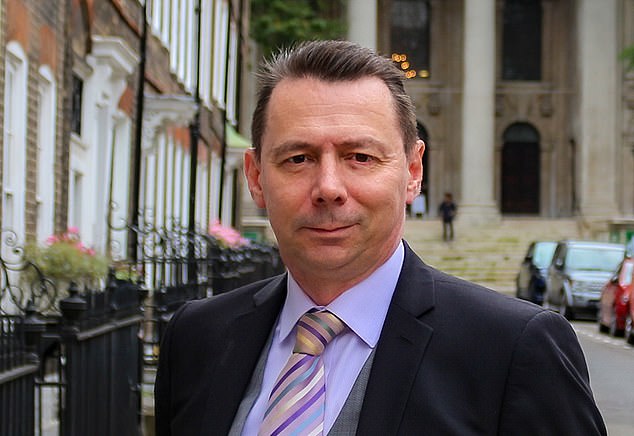 The IAE’s Mark Littlewood said: ‘It’s refreshing to hear a Chancellor talk passionately about the importance of economic growth and supply-side reforms’

ROBERT COLVILE, director at the Centre for Policy Studies: ‘This is bold and ambitious’

‘This Government has been bold and ambitious in pursuing a pro-growth agenda – not just for now, but over the long term.

‘The challenge now is for the Government to ensure not just that we get through the current crisis, but that supply side reform translates into real improvement in people’s prosperity and living standards, whatever you earn and wherever you live.’

RUTH GREGORY, senior UK economist at Capital Economics: ‘This is a gamble’

‘The Chancellor claimed that this was a plan for growth.

TIM SARSON, head of tax policy, KPMG: ‘Chancellor is taking a step back into the 1980s’ 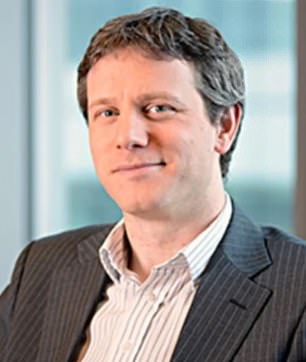 ‘New Chancellor Kwasi Kwarteng has delivered a fiscal statement flavoured with a return to the economics of the 1980s aimed at driving economic growth and productivity while tackling a wide range of fiscal, social and economic challenges head on.

‘Businesses saw a fiscal statement that felt very different and a clear shift in Government policy. Gone is Sunak’s higher tax approach focused on balancing the books and instead we have a range of measures to try and halt the UK’s languishing growth figures and super-charge its economy.

‘Overall, this was a fiscal statement that felt very different and showcased a clear change of direction from the new Government. While parts were not as radical as predicted, such as no major stamp duty reform and only talk rather than actions on business rates, this was a statement of intent by the new Chancellor.

‘It is now left for businesses and the economy in general to see these changes put in place and assess if they provide the boost that is both intended and needed to deliver growth.’

‘The very large, unfunded tax cuts and other fiscal giveaways announced by the UK Chancellor a few minutes ago only strengthen our worries. From our perspective, the UK’s immediate challenge is not low growth. It is an extremely negative external balance picture reliant on foreign funding.

‘The large fiscal spend just announced may boost growth a little in the short-term. But the bigger question is this: who will pay for it? Given the UK’s twin deficits the answer is foreign savers. Put simply, it is American and European pensioners that will need to purchase the extra issuance of gilts.

‘But in an environment of such high global uncertainty, we worry that the price foreigners will ask in return for financing the new stimulus will be very high. In other words, the equilibrium value of gilts expressed in dollar and euro terms will have to come down sharply.

‘It is extremely unusual for a developed market currency to weaken at the same time as yields are rising sharply. But, this is exactly what has happened since the new Chancellor’s announcement. We worry that investor confidence in the UK’s external sustainability is being eroded fast.’ 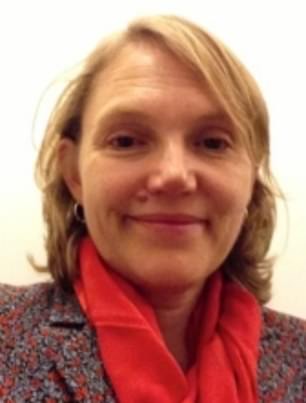 ‘The abolition of the top rate of income tax was one of the biggest ‘Budget’ shocks in recent memory. If this was a ‘mini-Budget’ it begs the question what is the Chancellor saving for the full Budget?

‘The abolition of the 45pc rate is by no means the most costly of the Chancellor’s announcements – at a still significant roughly £2bn a year – but it’s a key component in his aspiration to make the UK a ‘nation of entrepreneurs’.

‘This unexpected move was also clearly designed to show the seriousness of the Chancellor’s intent to improve the growth potential of the UK economy. The reversal of the 1.25pc increase in the dividend tax rate from 2023, designed to boost the supply side of the economy, will benefit any taxpayer receiving dividends and represents a double boost for any additional rate taxpayers who fall into that category.

‘The changes announced today – along with yesterday’s announced reversal of the National Insurance Contributions increase – mean that Britain’s headline personal tax rates will stand out internationally. The theory is that more skilled people and businesses will be attracted to work and invest in the UK, and by allowing the economically active to keep more of their income this will over time increase the overall tax take.’

TORSTEN BELL, CEO of the Resolution Foundation: ‘This is full throated trickle down economics’

‘The political choice being made here is huge – hope Tory MPs have noticed: not just full throated trickle down, not just throwing fiscal sustainability out window, but also leaving little wriggle room on public spending to make problems go away pre-election.

‘Those tax cuts in full – totalling a permanent fiscal loosening of £45bn, absolutely massive tax cuts for high earners (someone on £300k just got around a £10,000 tax cut!) means debt will be rising in every single year going forward.’