Some staff who work from home are having to cough up for printer ink which can be seven times the cost of Dom Perignon champagne drop for drop.

Consumer rights group Which? said the ink is one the most expensive liquids on Earth. Ink for an Epson printer can work out at £1.78 per millilitre, making it over seven times as expensive as Dom Perignon, which is £180 a bottle or 24p per millilitre.

Which? is calling for a crackdown on high prices and wants a ban on printer manufacturers blocking the use of cheap cartridges. Its research found 49 per cent of people are using branded printer ink instead of cheaper alternatives that still offer good quality. 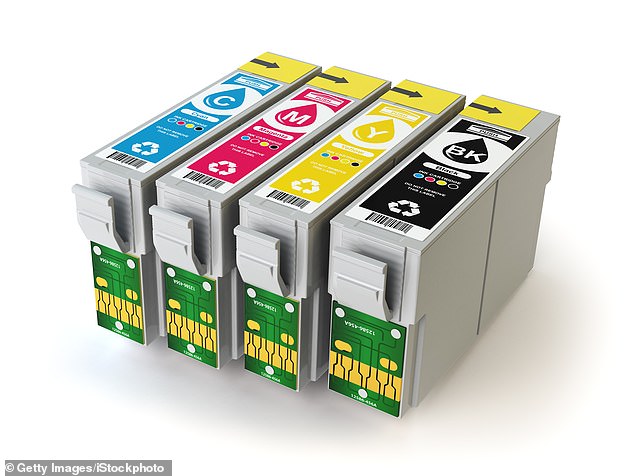 Consumer rights group Which? is calling for a crackdown on high prices and wants a ban on printer manufacturers blocking the use of cheap cartridges. (Stock photo)

It said a replacement set of cartridges for the Epson WorkForce Pro WF-3820DWF from Epson.co.uk was priced at £111.99. This means that a customer replacing ink three times a year can pay over £330.

However, a third-party alternative cost less than £140 for three replacement sets – a saving of over £190.

Lisa Barber, of Which? Computing, said: ‘We are calling on the competition regulator to investigate branded printer ink pricing.’